The UV-A technology was made possible with help from chemical engineering and manufacturing company Nichia as the two companies expanded their partnership to develop this continuous disinfection solution for occupied spaces. In this application, Nichia’s 365nm NCSU276CT plays a key role, thanks to its efficiency and long lifetime. With a wall plug efficiency that rivals some white LEDs, the 276C delivers irradiance levels needed within a system to reduce the presence of certain bacteria and viruses, all with a small standard form factor to maximize radiant flux density.

Nichia and Current have a long history together, dating back well before the adoption of white LEDs. Consequently, when Current was exploring disinfection solutions, it turned to this established partner, integrating this UV LED into Current’s UV-A fixtures.

Current’s UV-A technology reduces the presence of bacteria by delivering a precise spectrum of light to surfaces that initiates the photoactivation of molecules found inside microbes. This process eventually triggers a photodegradation effect, destroying the cellular structure of pathogens. The UV-A component abides by IEC Standard 62471: Photobiological Safety of Lamps and Lamp Systems, thereby allowing this UV-A technology to be operated 24/7 in occupied spaces.

To test its effectiveness, the UV-A technology was installed in the neonatal intensive care unit (NICU) at Beacon Children’s Hospital in South Bend, Indiana. Dr. Robert White, director of the regional newborn program at the hospital, was originally contacted about the opportunity by the Lighting Research Center (LRC), an organization he had collaborated with several times over the years to uncover ways to create an optimal healing environment for babies.

“We have used conventional cleaning techniques extensively, and our unit is consistently the cleanest in the hospital when monitored by our Infection Control Department. However, we still have some serious infections,” said White. “Hospital-acquired infection is a major cause of death and disability in premature newborns in spite of our best efforts, so when we were approached by the Lighting Research Center to determine our interest in conducting a clinical trial of UV light therapy to reduce surface contamination, we were excited for the opportunity.

“A UV-A device seemed like an optimal strategy for disinfection while the patient and other caregivers were present,” he added. “It was a no-brainer for me. It was a way we could use UV light and keep people in the room and keep our space even cleaner than we had previously.”

The UV-A lights were installed to focus on sinks and counter surfaces in six of the facility’s 39 NICU rooms. Two circuits were used: white light from conventional LEDs and the UV-A LEDs that were programmed to run for a maximum of eight consecutive hours.

Short blackout curtains also were installed around the lights to limit the exposure to patients as an extra precaution.

Results of the analysis showed a significant reduction in the presence of these pathogens compared to the culture plates and surfaces not being treated.

“It’s a conclusive argument that these lights do work on the organisms that are of the greatest interest to us, not just on any bacteria that might be causing a change,” White stated. Perhaps most notably, these results were achieved without running the UV-A lighting for a full 24-hour period during the trial.

“We were really pleasantly surprised that just having the lights on for a portion of the day gave us an effect that lasted into the following day. There are times when we want to make the room dark to give babies circadian rhythm at night, and even then we probably could have used the UV lights, but the fact is we could only use them for eight hours and then the next day we still had the benefits,” he explained. “It makes me very optimistic that when we do have them on 24 hours a day – and we are installing them in the near future in all of our rooms – we can leave them on 24/7. I think the benefits will be even more pronounced because of that.”

And while some may worry that new lighting would alter patient or staff comfort in the rooms, the overall experience with the solution was positive. White noted that the technology had no impact on patient care or comfort while in the room. There was no negative feedback from the families of NICU patients, and the staff on the floor only needed a bit of time to get used to the new lighting.

“For a few of our staff, the fluorescing effect on white clothing was a little unusual at first, but we quickly became used to that,” White said. Any visitors to the rooms, such as X-ray techs or other hospital staff, were also unbothered. “The UV light is so unobtrusive that most of them weren’t even aware the study was in progress.”

After seeing the success of the installation firsthand, Beacon Children’s Hospital is planning on installing Current’s UV-A technology in more patient rooms. The biggest hurdle will be educating the hospital community about the potential of UV disinfection.

“The big educational piece is to get people to understand that UV-A can be used effectively and safely,” said White. “I think there is a lot of concern in the medical community and probably in the general public, not knowing that UV-A has the potential to be safe for use and that the amount of UV radiation that one might be exposed to is less than spending an hour or two outdoors in the sunshine. We just didn’t think we could have our cake and eat it too. With properly installed and operated UV-A you can.” 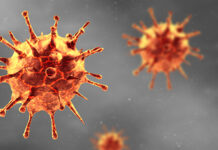 UV Technologies for Room Air During COVID-19: What to Know 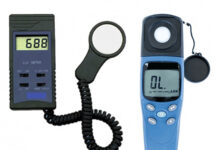 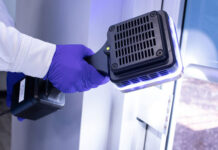