Home Articles To Buy or Not to Buy? Understanding and Choosing UV LEDs 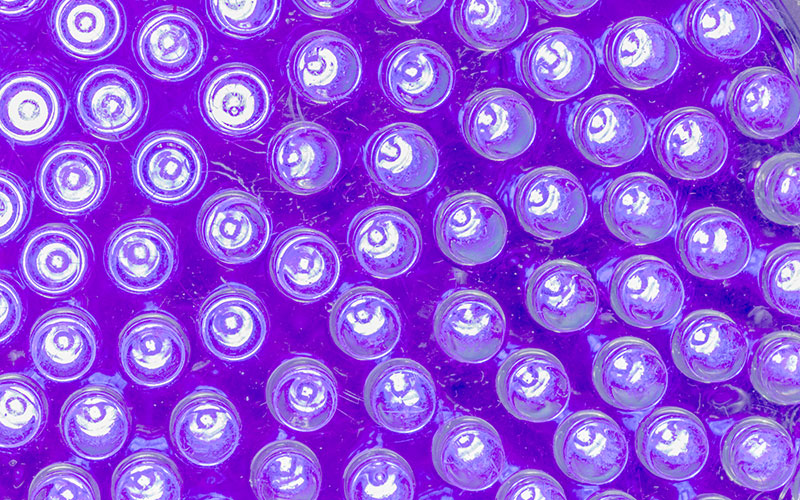 In 1992, the Japanese Nobel Prize winner Isamu Akasaki developed the first light-emitting diode (LED) for the ultraviolet spectrum. Since then, this comparatively young technology has continuously conquered new areas of application. Especially in the short UV wavelengths between 280 nm and 100 nm, where technical development is currently advancing rapidly, it is difficult to keep up with current market developments. This article offers an overview and practical decision-making aids in the search for a suitable UV LED for applications.

A question of wavelength

In the search for the right UV LED, the application – and thus the desired wavelength – is, of course, top priority. Ultraviolet radiation is the wavelength range between the visible spectrum and X-rays (i.e., the high-energy, shortwave beams between approximately 400 nm and 100 nm). Just as visible light can be divided into different colors, invisible UV radiation is traditionally divided into different wavelength ranges. It has been shown that this categorization also can be applied to the industrial and commercial use of UV light.

UV-A describes the wavelength range between the end of visible light (approximately 400 nm) and 320 nm. In the wavelength range between 420 nm and 390 nm, the first LEDs were available at the end of the ’90s. This so-called “black light” is mainly used to excite fluorescence and is used, for example, to make banknotes, identification cards and documents counterfeit proof. All of these applications require only low output power levels. UV radiation between 390 nm and 350 nm is used in industry to cure adhesives, coatings, ink and numerous other materials. Due to their high efficiency, low operating costs and compact design, diodes are increasingly replacing other technologies, such as mercury vapor lamps.

UV-B is the term for wavelengths between 320 nm and 280 nm. The versatile light emitting diodes between 340 nm and 300 nm are the latest market introduction in the UV-A/B wavelength segment. They offer great potential for numerous different applications, such as UV curing, DNA analysis, dermatology and sensor technology.

UV-C starts at 280 nm and ends at 200 nm. Since UV-C light is completely absorbed by the atmosphere, none of the living creatures on Earth has developed a natural defense against this high-energy radiation. This applies to humans, as well as to bacteria and viruses. The radiation is absorbed by the DNA and RNA strands of organisms and ensures that the nucleotide sequences “clump together.” This destroys the genetic information of a cell; thus, it can no longer reproduce or is even killed.

Germicidal LEDs with 270 nm come very close to the absorption maximum of nucleic acids (265 nm) and can, therefore, be used in a particularly targeted manner in the fight against microorganisms. In addition to wavelength and output power, the specific properties of various germs also must be considered in disinfection applications. A sufficient disinfection rate of 99.9999% often is only achieved after longer periods of irradiation.

Both the emitted wavelength and the power of an LED play a crucial role in its market success. Short-wave UV-C LEDs have made significant progress in recent years.

Mercury vapor lamps, which have been used as radiation sources for decades, are increasingly being replaced by LEDs because of their advantages over this traditional technology, including the following:

The market situation for UV LEDs depends strongly on the wavelength. The state of technical development is crucial because the technology adaption cycle applies here as well. It starts with a technical innovation that opens a new market: the quantities are still low, and the prices are high. Over time, the new technology becomes established in the market. As demand increases, so do the quantities, and the prices fall accordingly.

The result is a saturated market with industrial mass production, high quantities and low prices. The different markets for UV LEDs are at different points in this cycle of development. The rule of thumb is: The shorter the wavelength, the more expensive the LED.

The technology for black light LEDs has been mature for decades. The manufacturing costs are correspondingly low, and the products are offered at low prices by numerous manufacturers.

The pressure to innovate in the wavelength range between 390 nm and 350 nm has brought rapid growth to this market segment in recent years. The manufacturing costs still are significantly higher than in the black light segment; however, increasingly efficient production methods and rising volumes are leading to a continuous decline in prices.

In the UV-B segment, it has been possible in recent years to increase the output of individual light-emitting diodes; however, the quantum efficiency value, i.e. the number of photons generated, is very low for most commercial products. It will, therefore, still take some time before LEDs displace established technologies from the market.1

The market for disinfection applications is currently the most exciting and dynamic segment. It remains dominated by the traditional mercury vapor lamps; however, these lamps are bulky and fragile. Therefore, they are not suitable for mobile applications. It was not until just a few years ago that UV-C LEDs were developed with a performance level that makes effective disinfection solutions possible. Analysts, therefore, expect the market for UV-C LEDs to develop rapidly in the next few years.

The significant technical breakthrough for growth in the UV-C LED market was achieved a few years ago by the California start-up Bolb, Inc., where a p-doped material was developed that is transparent to UV-C wavelengths and, at the same time, offers the desired photon yield. This company uses quantum electrical effects to increase quantum efficiency to 14%. With the classic LED design, this value for the UV-C spectrum was previously below 6%. Representatives from Bolb, Inc., indicate that a quantum efficiency of 75% will be achieved in the near future.

Now that the technical foundations have been laid, it is possible for the first time to venture a forecast as to the further development of the market. Experts are likening it to the market for blue LEDs, which was created at the end of the ’80s with a similar technical breakthrough. In addition, the current coronavirus crisis is providing a sustained boost to the market. Even before COVID-19, analysts predicted that the UV LED market would exceed the $1 billion (US) mark in just a few years. Market giants such as Nishia or San’an are investing large sums in UV-C LEDs, since they expect high margins from this fast-growing segment. At the same time, small, innovative start-ups are working on expanding their technological lead to influence further market development.

Thus, Bolb, Inc.’s roadmap, for example, already shows a goal to achieve an output of 400 mW and a quantum yield of 20% in a few years. At this rate, the photon yield could rise to over 50% by 2030. The price would then be around one dollar per optical watt.

Taking into account the numerous advantages of LEDs over mercury vapor lamps, it is likely that LEDs will begin to displace established solutions from the market much earlier, especially since some emerging new market segments cannot be covered by conventional technologies (e.g., in mobile water treatment). The heightened awareness of hygiene and disinfection resulting from the current pandemic will further drive demand and technical development.

Several major auto manufacturers have announced they will invest millions in UV disinfection solutions for vehicle interiors. This can be implemented only with appropriate LEDs. Similar applications are being developed for public transportation and patient transport.

The article was published originally by Photoniques, the magazine of the Société Française d’Optique, www.photoniques.com. For more information, please visit www.lasercomponents.com/us. 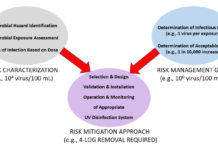 Did I Get What I Paid For? Lessons Learned in Water and How They Can Help Air and Surface Applications 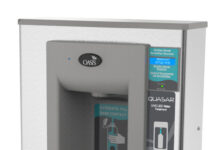