The COVID-19 pandemic brought unprecedented change to healthcare protocols around the world. Filtering Facepiece Respirators (FFRs) were utilized as personal protective equipment (PPE) to reduce the threat of airborne transmission. As hospitalizations increased and mask mandates took effect, an FFR shortage plagued the globe. First responders and frontline medical workers across the nation began reaching out to UV researchers requesting information about using ultraviolet (UV) to disinfect their used N95 and KN95 FFRs for reuse.

Although UV was proven to be an effective tool to disinfect the SARS-CoV-2 virus in air and on flat surfaces, UV applications for N95/KN95 had not been previously studied; therefore, an extensive research project was initiated. This research used two surrogate pathogens, Escherichia coli and Male Specific-2 Bacteriophage, to create UV dose-response curves. These surrogates were selected as they bracket the dose-response of SARS-CoV-2. Two N95 FFRs (8210 and 8210 Plus) and two KN95 models were used to create the dose-response curves.

To create the UV dose-response curves, the average irradiance the FFRs received inside UV Device A was determined. To do so, 219 irradiance values were collected in x, y and z planes with an ILT770 radiometer. These points then were modeled in MATLAB to create an irradiance distribution map (Figure 1).

The MATLAB model displayed in Figure 1 demonstrates the range of irradiance values recorded inside UV Device A. MATLAB was chosen to determine if a relatively straightforward and commonly used engineering tool could be used by the UV profession to adequately predict UV irradiance. The irradiance values were collected using an ILT770 non-cosine corrected radiometer and ranged from 14 mW/cm2 to below detection. The decision to use the non-cosine corrected data was based upon comparisons of cosine corrected, non-cosine corrected and MS-2 biodosimetry predictions of UV dose for this full-scale device. As expected, the highest irradiance values were observed at the top of the device, closest to the UV lamps. As displayed in the figure above and consistent with photonic theory, the irradiance values drop off essentially as the square of the distance from the UV lamp. The lowest values recorded can be observed in the corners and the front side of the device. The UV device was not manufactured with the lamp extending the whole length of the device, creating a “dead zone” in the front portion. Overall, the UV optics of this device were poor, as can be observed by the very nonuniform distribution of irradiance. This result was typical of UV devices tested in the authors’ laboratory. As shown above, the FFR was placed in this front section of the device as a worst-case scenario, providing a conservative estimate of disinfecting capacity.

The dose-response curves for E. coli and MS-2 are shown in Figures 2 and 3, respectively.

Figure 2 displays the E. coli UV dose-response curve created using four FFRs: KN95A, KN95B, N95-8210 Plus and N95-8210. The dose-response curve varies for each FFR type due to the variations in porosity, material type and electrostatic interactions of the bacteria on the material. KN95B had the best performance with a peak inactivation of approximately 3-log at 1,500 mJ/cm2. N95-8210 had the lowest UV inactivation, but that result is an artifact of the ability of this N95 to trap the bacterial cells as determined by recoveries in control runs. Therefore, the full extent of UV inactivation could not be differentiated from E. coli retention and inactivation for this FFR type.

The shape of the dose-response curve for KN95B displays as a semicircle. This finding was not expected, as it is much more common for UV dose-response curves to increase and then reach a plateau at their peak. The decrease in inactivation is thought to be due to degradation in the ability of FFRs to retain virus particles at higher UV doses, which will be discussed later in this paper.

Figure 3 displays the MS-2 bacteriophage UV dose-response curves created using the four FFRs: KN95A, KN95B, N95-8210 Plus and N95-8210. The dose-response curve varies for each FFR type, due to the variations in porosity, material type and electrostatic interactions causing viral retention in the FFR. KN95B had the best UV inactivation with a peak inactivation of approximately 2.75-log at 1,500 mJ/cm2. KN95A had the lowest UV inactivation, but that result is an artifact of the ability of this KN95 to trap the viral particles as determined by recoveries in control runs. Therefore, the full extent of UV inactivation of virus could not be differentiated from MS-2 retention and inactivation for this FFR type.

The log inactivation of KN95A when E. coli was used as the surrogate hovered around 2-log, whereas the inactivation of MS-2 was approximately 0.5-log. This likely is due to variations in the retention of virus vs. bacteria in the KN95A FFR.

The observation that a decrease in log inactivation for both E. coli and MS-2 occurred for N95-8210 and KN95B at a UV dose of 2,000 mJ/cm2 suggests that degradation of the FFRs ability to retain microorganisms may occur at these higher doses. This observation sparked further experiments to explore this hypothesis in more detail. The results of these experiments are shown in Figures 4 through 6.

Figure 4 displays the results of the UV degradation experiment of the KN95B FFR using MS-2 bacteriophage as the surrogate pathogen. The UV dose used to pretreat the FFR was 2,000 mJ/cm2 based upon the prior results where degradation was suspected (Figure 3).

To compare the effects of degradation, two trials were conducted such that two FFRs were pretreated with a UV dose of 2,000 mJ/cm2 prior to being inoculated with MS-2. The FFRs then were dried for the standard dry time of 15 minutes and the MS-2 was extracted. The control value in this experiment did not receive the pretreatment of 2,000 mJ/cm2, but went through the MS-2 inoculation, dry time and extraction processes. The log recovery of MS-2 bacteriophage varied significantly between the control and the two trials, 4.13 (control) and 5.7 and 6.0-log respectively.

This experiment provides further evidence that degradation does occur at 2 J/cm2. As mentioned previously, it is thought that at these UV doses, the FFRs’ electrostatic fibers begin to degrade and cause a higher volume of MS-2 to be recovered during extraction. The FFRs pre-dosed with UV had 1.6 to 1.9 log higher MS-2 PFUs recovered during the extraction process.

These data sparked further study on the effects of degradation through the layers of the FFRs.

Figures 5 and 6 display the results of a 254nm collimated beam degradation experiments on coupons taken from the layers of two FFRs.

An N95 FFR was cut into approximately 25cm2 coupons. The N95 is composed of three layers, which were separated for this experiment. The top layer of the FFR received the target UV dose thought to be the cause of degradation, 2,000 mJ/cm2. The average irradiance used at the center point of the coupon then was used to determine the time the top layer needed to be exposed to yield a dose of 2,000 mJ/cm2. The penetrated irradiance value was multiplied by the exposure time to determine the subsequent doses that the lower layers received (see figures).

The layers were separated and pre-exposed to UV at the specified dose before MS-2 inoculation. The coupons were allowed to dry for a period of 15 minutes, which is used in all FFR experimentation performed in the authors’ laboratory, and then MS-2 was extracted from each FFR coupon. The control values were treated with the same methods as the trial values, except they were not pretreated with UV prior to inoculation of MS-2.

The data displayed in Figure 5 suggest that Layer 1 does not show degradation (control recovery greater than treated recovery); Layer 2 is inconclusive; and Layer 3 showed a small degradation effect when compared to the variability of the two trial runs as compared to the control.

Figure 6 displays the results of the degradation experiment through the FFR layers using a KN95B. The methods of the experiment were the same as described above, except the KN95B includes a fourth layer, and the irradiance reaching Layer 4 is very low.

The results of this experiment indicate a significant effect on Layers 1 and 2 when comparing the reproducibility of Trial 1 and 2 with the results of the control. Layers 3 and 4 showed the correct trend if degradation were occurring but cannot be considered a significant difference in log MS-2 recovery.

When the layers of the N95-8210 and KN95B FFR are taken apart, it appears that the top layer, which received the highest UV dose, has a lower capacity to retain MS-2 viral particles when pretreated with UV than when it was not. This effect diminishes as the lower layers receive less and less UV irradiance. These data provide some support for the hypothesis that when a dose of 2,000 J/cm2 (2.0 J/cm2) is applied to the FFRs, the ability to retain virus – as measured by amount of virus that can be extracted – is reduced.

Comparison of results in Figures 2, 3 and 4 (which were performed with a full-scale UV device and the fully intact FFRs) to Figures 5 and 6 (which were performed with a bench-scale collimated beam device and coupons cut from the FFRs) show marked differences. The result suggests additional research is needed to determine if the results of experiments using laboratory-scale devices and FFR coupons adequately can predict the important factors and the performance of full-scale UV decontamination of intact FFRs.

These data provided valuable insight regarding the efficacy of commercial UV products as a means of disinfection for FFRs. The major conclusions are as follows: 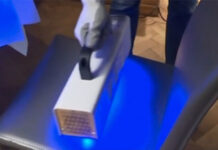 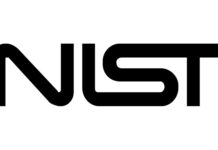