Home Articles When Influent Water Percent UVT is Out of Range 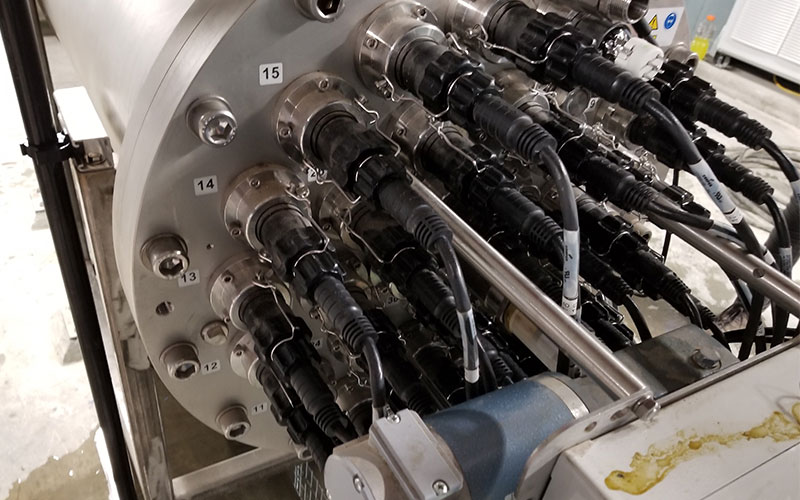 The team worked with 12 UV facilities treating ground waters and six UV facilities that are treating surface waters. Four of the facilities encountered %UVT values significantly higher than their design range of 85%. The result was a UV overdose that removed a significant amount of pre-chlorine, requiring re-chlorination; higher than needed power use; and increased need for maintenance and lamp replacement in the UV systems. Two of the facilities found it more cost-effective to continue operating with existing equipment and re-chlorinating. One of the facilities upgraded system control software, had the drinking water UV reactor revalidated and now operates at significantly lower UV dose with no need for re-chlorination. The fourth facility moved the point of chlorination to occur after the UV units; reduced the disinfection credit being requested for virus from the UV units, allowing them to run much lower UV doses (turning off one UV unit); and installed a new chlorine contact basin after the UV units.

The more common concern occurring in the UV facilities that reached out to UNH ERG for help was periods of much lower %UVT than the systems could handle; resulting in difficulty meeting disinfection requirements and – in three cases – the need to downgrade the flows of the facility to stay in compliance. In each case, efforts were made to identify the causes for the low %UVT values. In ground water systems the most common problem was changes in the hydrogeological cycle due to drought or flooding that increased either the iron or the natural organic matter or both entering the well.

Three of the systems addressed these problems by adding pretreatment for iron and manganese prior to the UV unit. Two other systems have had success by applying alum or poly-aluminum chloride (PACl) and an automatic backwashing sand filter prior to the UV unit. Short-term use of down well treatments with either alum or powdered activated carbon (PAC) have also been tried in four systems with varying results. In these cases, the %UVT was increased to acceptable treatment levels, but aesthetic problems with particles in the treated water caused periodic concerns.

Three other systems encountered other contamination issues that necessitated the use of granular activated carbon (GAC) pressure filters prior to the UV unit, which solved the problems of low %UVT.  Two systems installed pre-chlorination down well and successfully increased the %UVT, while two others installed a post chlorination contact tank to meet disinfection requirements and allowed the UV unit to serve as another disinfectant barrier.

For the surface water systems, in all cases the difficulties with low %UVT were related to natural organic matter (highly colored sources) and often flashy watersheds. Problems normally were encountered during the lowest flows of the year, in droughts or, conversely, during flooding periods that washed significant turbidity and organics into the raw water source. Improvements to the pretreatment at each facility were always the first step in addressing the problems. Changes included adjustments to coagulation, flocculation and solid liquid separation; addition of roughing filters and/or bank filtration; addition of GAC biological filters; or attempts to upgrade and modify the in-place slow sand filter operations. In some cases, upgrades were cost-prohibitive, and increased chlorination – or increased chlorine contact times – were used to achieve the required Giardia and virus inactivation compliance.

A common design convention in UV disinfection systems installed at wastewater treatment facilities is to specify that the %UVT entering the UV unit must be at least 65%. For a variety of reasons – including water conservation, improvements to reduce infiltration and inflow in collector sewers, and commercial and industrial dischargers in the system – a number of wastewater treatment facilities have experienced %UVT entering the UV unit(s) in the range of 35% to 55% during parts of the year.

In these cases, first steps were to try and pinpoint the causes for these low %UVT. Two facilities identified industrial dischargers that contributed high iron to the municipal wastewater collection system. Working together with these dischargers, there was an improvement in the industrial pretreatment and a reduction in surge discharges that helped the overall %UVT of the influent to the facility.

Five other facilities determined that some of their industrial commercial discharges contained organic compounds that exhibited high UV absorbance and were also biologically refractory. A variety of site-specific solutions were put in place, from no action to changes in discharge schedules, increasing dilution in the wastewater collection system to improved industrial pretreatment including ozonation and biological filtration on-site. In five cases, no obvious cause was found, and it was hypothesized that the collector sewers were receiving a significant amount of biologically refractory natural organic matter (humics and fulvics) that were common in the surface waters (pine barren-type areas) in most of the wastewater collection areas.

In the cases where the source could not be found or reduced, steps were taken within the wastewater treatment facility either to run more banks of their UV units to ensure effluent coliform discharge limits were met or make other process modifications to increase the %UVT to 65% before the UV. In three cases, dosing of the secondary clarifiers with ferric chloride as a coagulant increased the %UVT and also reduced the phosphorus level in the effluent. Two facilities had on-site chlorination facilities in reserve for periods of high storm water flows in their combined sewers, and these were easily modified to add chlorine to the secondary clarifiers at levels that improve %UVT but then dissipated enough to ensure NPDES/SPDES compliance with effluent total chlorine limits.

Interestingly, three different wastewater treatment facilities had recently undergone major process upgrades to Bardenpho-4 operations to improve biological nutrient removal, but these facilities did not experience the increase in %UVT prior to the UV units that was originally anticipated.  One facility underwent process modifications that involved using a membrane bioreactor with increased nitrogen and phosphorus removals. This facility did see a marked improvement in %UVT entering the UV units.

Other process modifications that were examined involved when and how the facility accepted septage, did RAS and hydraulic recycle impact %UVT entering the UV units and the impacts on %UVT during periods of sludge dewatering filtrate/supernatant being recycled back to the head of the facility. Often septage and sludge dewatering at times correlated with lower %UVT.

Systems that directly or indirectly treat waters that are heavily impacted by treated wastewater effluents normally employ UV disinfection of UV-based advanced oxidation processes after membrane filtration stages that often include reverse osmosis. The %UVT of these waters entering the UV system are often some of the highest (>98%) encountered in the municipal UV technology industry. However, due to conservative designs, lower than anticipated hydrogen peroxide doses and/or limitations to the UV delivery technology, the UV dose is higher than needed. This has resulted in higher operation and maintenance issues and costs than needed. In most cases the facilities have found it easiest to operate in an overdose mode. In two cases, the facilities have upgraded their %UVT monitors to deliver more precise results in the high %UVT range and upgrade UV unit PLCs to be able to better turn down UV dose and better flow pace the systems.

Operators Corner focuses on the practical aspects and lessons learned by the owners, operators and providers of UV technology. Authors for these articles are solicited from individuals operating full-scale UV facilities around the globe. Those interested in submitting an applied article, please contact jim.malley@unh.edu. 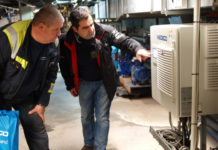 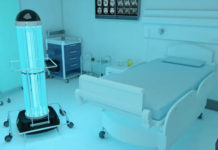 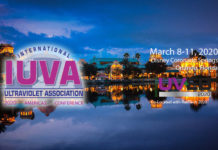 A Look at the IUVA 2020 Americas Conference