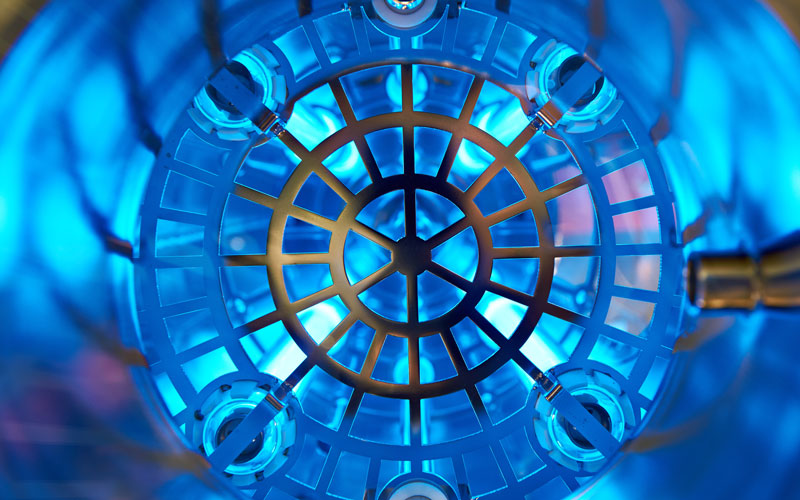 When looking at UV facilities that achieve advanced oxidation through the addition of hydrogen peroxide and UV doses in the range of 1,000 to 10,000 mJ/cm2, three important aspects must be considered. These facilities are selected, designed, installed and operated to meet water reuse criteria. These criteria often include maximizing viral inactivation (e.g., 6+ log removal) while consistently achieving greater than 1.2-log reduction of NDMA and 1,4-dioxane as the surrogates for contaminants of emerging concern.

There is a wide array of commercially available online ultraviolet transmittance (UVT) monitors. Monitoring the percent UVT is a key aspect of optimizing the operation of UV technologies in most applications. In water reuse, since the delivered UV dose is significant, the proper selection, maintenance and operation of the UVT monitors can translate to significant power and cost savings. It is important for a facility to understand what its online UVT monitor is measuring, how accurately and how precisely. It is just as important to understand how the UVT monitoring input signal affects the overall dosage control algorithm of the UV equipment and/or the facilities’ supervisory control and data acquisition (SCADA) system.

Working with five full-scale water reuse facilities has revealed the following points of interest. All were able to follow manufacturer guidelines for proper maintenance and calibration of the UVT monitors. In two facilities, the range of the UVT monitor and how the SCADA system responded were not well understood and not optimized. Specifically, the UVT monitor would often result in ramping up the system to full UV lamp power when it reached a low-end set point – such as 85% UVT. This was in spite of the pilot testing and design of the advanced oxidation process (AOP) system to allow for a minimum UVT of 75%.

A related observation was that four of the five facilities were not outfitted with the latest available dosage control software. In two cases, an upgrade was not possible without major technology changes. Collectively, attention to these details saved some facilities an average of 15% in annual UV power use, and one facility achieved a 35% savings.

When UV AOPs involving hydrogen peroxide addition are used, there is a balancing act between UV dose (power use) and hydrogen peroxide concentration added. The goal is to provide enough radical oxidation to achieve the desired treatment goals.

One facility noted that the analytical method precision varied for samples taken before and after the UV unit. Specifically, the influent samples had more variability than the effluent samples.

All facilities employed online hydrogen peroxide monitors capable of measuring in the 0 to 200 mg/L range initially. Two facilities have tried three different monitors each and continue to look at new advances. All systems noted the monitors needed frequent calibration and maintenance for optimum dose control. Most systems typically saw values of 20 mg/L or less, with average value being 7.2 mg/L.

Three of the five facilities did not rely upon the meter readings alone and used them solely as a check to ensure a minimum dose achieved. One facility fitted its system with monitors that were more sensitive to the low range of hydrogen peroxide of 0.05 to 20 mg/L and relied upon those readings to adjust dose.

Due to the increased UV dose needed for AOPs in water reuse, most of the facilities have a relatively large number of UV lamps per design flows. Each of the facilities has experienced a limited and acceptable number of difficulties with lamps (e.g., short life, failure to ignite, electrode arcing problems) and with ballasts (mostly cooling issues and not received in working order), but most were corrected by working closely with the equipment providers. All facilities encourage users to perform frequent lamp and sleeve checks.

It was somewhat surprising, upon reviewing the data, that all the facilities experienced online lamp breakage for a variety of reasons most consistent with those identified in the 2006 EPA Ultraviolet Disinfection Guidance Manual (UVDGM). The number of lamp breaks per hours of lamp usage and population served were still well below initial estimates made in 2006 EPA UVDGM. Though lamp breaks are rare, they do occur and can be serious. Facility managers and operators need to know what to do for offline and online lamp breaks. All UV facilities should have approved standard operating procedures in place for lamp breakage.

Operators must be trained on how to safely and thoroughly treat and remove the mercury from the system or, as a minimum, be able to safely isolate the reactor and contain the mercury until qualified hazardous materials cleanup personnel arrive.

By looking at the available data and studies conducted for mercury, mercury vapor is easily absorbed first through the lungs, secondly through the dermal layer and then poorly through the gastrointestinal tract.

Therefore, the greatest risk is to the operators and technicians working in the drinking water treatment facility and cleaning up the lamp break, and not the consumers drinking the treated water. n

Operators Corner focuses on the practical aspects and lessons learned by the owners, providers and operators of UV technology. Authors for these articles are solicited from individuals operating full-scale UV facilities around the globe. Those interested in submitting an applied article please contact jim.malley@unh.edu. 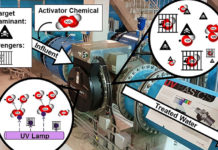 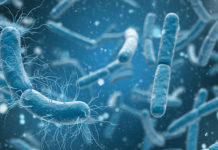 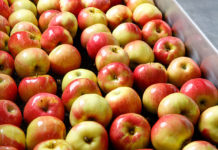